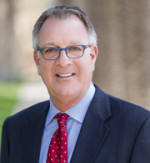 The End of the Non-Compete in America?

The federal government announced a proposed rule which would ban non-compete agreements between employers and employees, independent contractors, externs, interns, volunteers, apprentices, and even sole proprietors who provide a service to a client or customer. The Federal Trade Commission (FTC) stated the widespread use of non-competes agreements is an “often exploitative practice that suppresses wages, hampers innovation, and blocks entrepreneurs from starting new businesses.” Under the proposed rule, a “non-compete” clause is defined “a contractual term between an employer and a worker that prevents the worker from seeking or accepting employment with a person, or operating a business, after the conclusion of the worker’s employment with the employer.”

Although most states allow enforcement of reasonable non-competes, the increasing trend is to limit or ban their use.  In California, North Dakota, the District of Columbia, and Oklahoma, non-competes are either entirely or largely unenforceable as against public policy. Other states, including Maine, Maryland, New Hampshire, Rhode Island, and Washington, have banned non-compete agreements for low-wage workers.

Emily Dickens, chief of staff and head of public affairs for the Society for Human Resource Management, said the proposed FTC rule is overly broad and could potentially harm businesses that depend on non-competes to thrive. She cited very small, emerging industries where crucial know-how cannot be safeguarded through nondisclosure agreements alone. Although “there are jobs where it makes no sense to have non-competes,” Dickens said, “this kind of blanket ban is going to stifle innovation.”

Professor Scott Galloway, in his inimitable fashion says, ‘Bullshit…. a confidentiality agreement does the trick. Noncompete clauses are what firms use to sequester your human capital from competitors. The irony of non-competes is they only serve to dampen growth. One of the few places where they’re banned is also home to the world’s most innovative tech economy: California. Job-hopping and seeding new acorns have been part of Silicon Valley since the beginning. In 1994 a Berkeley economist theorized that California’s ban on non-competes was one of the main reasons Silicon Valley existed at all, and in 2005, economists at the Federal Reserve put forward statistical evidence supporting the theory. Apple, Disney, Google, Intel, Meta, Netflix, Oracle, and Tesla were able to succeed without limiting the options of their employees.”

The proposed rule would not apply to covenants relating to the sale of business. Nor would it apply to franchisor/franchisee agreements. This carve-out is in line with most state-based restrictive covenant laws, which are less critical of covenants incident to the sale of a business rather than to the restricted person’s employment.

Specifically, the proposed rule would not apply to non-compete clauses:

To qualify as “substantial owner, substantial member, and substantial partner,” the person (subject to the non-compete clause) must be “an owner, member, or partner holding at least 25 percent ownership interest in a business entity.”

FTC Chair Lina Khan has maintained for years that the FTC should exercise its rulemaking in this manner. Upon release, Chair Khan stated that the rule would improve wages and working conditions, as well as “promote greater dynamism, innovation, and healthy competition.” Commissioner Christine Wilson issued a dissenting statement in which she stated that the rule “represents a radical departure from hundreds of years of legal precedent that employs a fact-specific inquiry into whether a non-compete clause is unreasonable in duration and scope, given the business justification for the restriction.” She further stated that non-compete clauses are an inappropriate subject for rulemaking, noted negative consequences of suspending non-compete clauses, and criticized the lack of evidence to support the proposed rule. More than fifty restrictive covenant lawyers, in a letter to the White House and the FTC in the wake of President Biden’s order, addressed the misconceptions regarding the claim that non-compete clauses hurt workers and competition.

Perhaps the FTC is overstepping its bounds. Appears as though Congressional debate might be in order, however…………!!!