Why Is Capital Spending Assistance to Restaurant Franchisees on the Upswing?

by John A. Gordon, Principal and Founder of Pacific Management Consulting Group

Some interesting developments in restaurant franchising that is becoming a reality even in the “asset light “restaurant space. It turns out that it does take money to make money in the future. 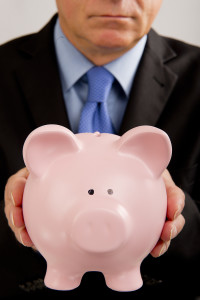 The requirement for franchisee capital spending (CAPEX)—the big-ticket construction, equipment and information technology outlays is often underestimated and almost always under-reported. These outlays traditionally have been the franchisee’s responsibility. A few chains, like McDonald’s and Tim Horton’s Canada kept real estate and construction in-house and initially corporately funded it, with franchisor cost recovery occurring over time by the franchisee paying at or above market rents. Later, the McDonald’s franchisee had to pay for remodels, and /or scrape and rebuilds totally out of hide.  But this is relatively rare, mostly the franchisee funded the capital spending via friends and family, bank debt, partners and injected cash. That was doable by some especially after the Great Recession as interest rates remained very low.

This “franchisee sole responsibility to fund” reality has begun to change in some brands over the last few years out of necessity.

First, as the utility and success of technology backed loyalty, delivery and digital interfaces have been pioneered by Panera, Starbucks (SBUX) and Dominos (DPZ), the digital level of complexity has been raised. Restaurant franchisors have come to understand that an IT backbone would have to be built and maintained centrally by brand headquarters.[1] It would have been unworkable for there to be thousands of servers among a brand’s franchisee units all maintained separately—the cost to implement would have been impossibly expensive and many of the systems would be built differently and likely couldn’t talk to one another.

Another issue has been the level of capital expenditures necessary to remodel restaurants and add new brand mandated systems and equipment have become big numbers.   Our calculations show that depreciation expense—the typical proxy for capital spending that is a tax deduction and a non-cash expense—isn’t enough to provide a fund. The actual outlay of cash required is greater than that. Even if a perfectly executed restricted cash reserve equal to depreciation isn’t sufficient to replace current assets because of inflation, long depreciation cycles and because technology and equipment is more complex than the initial equipment and building improvements put into place. Keep in mind that most franchisees have a store development agreement in place, whereby new stores or purchasing new stores compete for funding with remodels. Bank debt can partially suffice unless lending covenants are already stretched.

Finally, franchisees are typically in wait and see mode on remodels and new sales platforms until the franchisor executes it themselves and proves that it works. That builds in delays–time of implementation lags. If the franchisor has company stores (some do not, such as Dunkin Brands (DNKN) and Subway, for example), it takes time for brands to get proof to market and get the franchisees on board. This has happened with all of the leading franchisors—McDonald’s (MCD), Wendy’s (WEN), Burger King (RBI), Sonic (SONC) and many others.

As a result, some franchisors have taken the lead in making co-capital investments with franchisees to jump-start future progress. A partial list follows:

There are several actions required of both franchisors and franchisees to make these business issues work for all.

First, the franchisor must take the lead to timely source and test lower cost remodels and new store footprints. They are the brand steward and are responsible contractually to define brand standards. Many franchisors are slow to prioritize this, often prioritizing central national marketing expense, share buybacks and debt service requirements. The size and look of the store are essential going forward; with high buildout, rents and labor costs, the opportunity cost of a too expensive store missing unable to use new sales venues is staggering.

Finally, franchisees need to ask and document their needs and wants in an organized way. Through either franchisee associations or via brand advisory councils, organized requests and backup needs to be presented. There is strength in numbers—some franchisors prefer to deal with individual franchisees head to head to avoid group pressure.

[1]  Some franchise brands have implemented a small fee on loyalty and digital transactions sales to fund this outlay. Dominos and Subway are examples.