Restaurants: Dispatches from the Front

by John A. Gordon, Principal and Founder of Pacific Management Consulting Group

For the economy we are in, it should be the best of times for restaurants. While eating away from home is gaining share (and has been on a 40-year trajectory of doing so), the problem is our companies and organizations are much narrower in focus: we get paid off of our profits and free cash flow and we don’t get paid off of overall industry results. One reason is that there are so many “restaurants,” the National Restaurant Association defines them as venues of some sort and counts U.S. venues at over 1.05 million. This doesn’t even count pop-up restaurants or delivery only (hidden) restaurants, the so-called shadow supply.

For some time, Sysco, US Foods and PFG have reported that the sales of “independent” cases have risen via their supply chain deliveries. Of course, they like to report that, as those are akin to the mostly higher markup “street account” prices. But it leads to the supposition not only are chains cannibalizing one another (especially in the U.S.) but the vibrancy of new independent restaurants is cannibalizing chains as well. Newness and entertainment have always been part of the restaurant dynamic. Research over many years has shown independents are more valued for friendliness and menu authenticity, while chains are valued for convenience and standardization.

For a considerable time, the basic restaurant sales components have come back as negative “traffic/transactions” and positive average check. Looking at the Quarter Three 2018 publicly traded company same store sales results[1], it looks as if there were only one fine dining brand (Ruth’s Chris), five casual dining brands (Outback, Applebee’s, Olive Garden, Texas Roadhouse, BJ’s) and one wing pick up brand(Wingstop). No QSR brands appeared to have positive traffic/transactions.

This divergence between casual dining (which clearly is not dead) and the QSR underperformance speaks to the over penetration of too many QSR restaurant units in the U.S. There have been casual dining closings, but not so much on the QSR side. Massively robust franchise development is often seen as the accelerant. It is easy to see this, but more difficult to solve it. 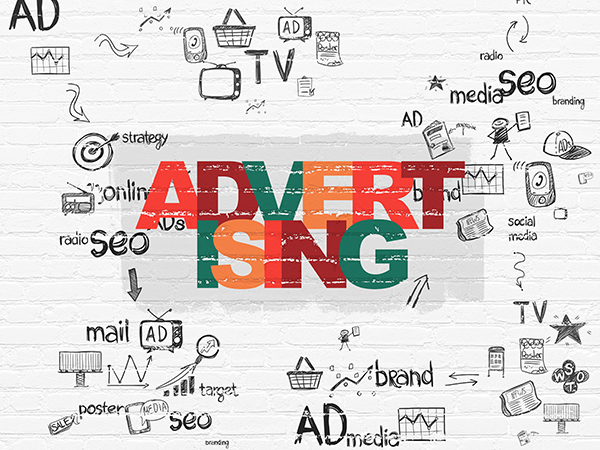 Coming off the political season, we have all seen too many ads and messages. In many places, it has been health product ads, political ads and restaurant ads. I get particularly worried when I see two restaurant ads of the same brand and message almost back to back. You know that is the network trying to hit the promised measured media metric, the entity that counts the number of messages.

Nielsen in 2016[2] noted that consumers are exposed to 30 ads per hour, every hour of every day, on television alone. This means that who is actually watching closely, sees a lot. The number of devices/media forms is spread from VCRs, to radio, to line TV, to time-shifted TV, DVD/Blue Ray, Game Consoles, Multimedia devices, PCs, Smartphones and Tablets. Versus 2010, radio, TV, radio shifted lower, but all other media except VCRs shifted up.

The dynamite takeaway from Nielsen is that was a .62 correlation between ad memorability and sales. A 1.00 correlation is perfect; a .00 relationship was that there was no correlation. So .62 is pretty good. Memorable ads drive sales. A memorable ad is one a viewer can recall the next day.

How memorable is restaurant advertising? Ad Age and Toast POS published a list in 2018 and 2017, and I came up with the following U.S. restaurant ad list, almost all of which we do remember:

We can see the problem right away. We are not coming up with memorable ads. Only Domino’s has a recent win. If we assume that restaurant advertising is about 4% of sales on average, that’s a boatload of semi or less than memorable ads and dollars down the drain.

I wish the industry could change out remodel capital spending and marketing outlays at will. Restaurant budgets and spending plans are developed in silos, not unlike the U.S. federal government appropriated fund basis. If you got X last year, then you get Y this year, plus or minus. And if an outlay is not on the income statement, then much visibility is lost. That’s why capital spending doesn’t get the scrutiny it should. As an example, talk to the McDonald’s U.S. franchisees about that.