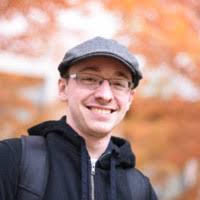 Fixing a toxic work culture: Guarding against the ‘dark triad’

Toxic employees can affect turnover, productivity, and morale. And they can be harder to deal with than you may think.

You know your company’s culture is toxic, but where is it coming from? Is it a systemic issue? Point-source pollution from a handful of bad eggs? Both?

It’s not always easy to tell. Because toxic leaders and employees are typically confident people, they’re often able to build a large network of followers to camouflage or protect themselves, despite their negative influence, said Deborah Ancona, a professor of leadership at MIT Sloan and founder of the MIT Leadership Center.

“Toxic leaders are often talking about all the great things that they can do. People are attracted to that and see that as the kind of leader they want,” Ancona said. “Only later, through interaction [with that person] or their behavior over time do you start to see the underbelly that isn’t always visible at first glance.”

And that can have a major impact on your workforce’s morale, productivity, and turnover — and your bottom line. But there are some red flags that can help pick out a toxic person. Here’s how to identify them.

Look for the “dark triad”

Ancona said people who exhibit one particular set of personality traits, known as the “dark triad,” often tend to be toxic leaders or employees.

Toxic leaders are often talking about all the great things that they can do. Only later do you start to see the underbelly that isn’t always visible at first glance.

The first is narcissism, defined as an excessive interest in or admiration of one’s self. Narcissistic people, Ancona said, often have trouble connecting to the organization’s values and adopting a cooperative, team-focused mindset because they’re overly focused on their own needs and ambitions.

Up next is Machiavellianism, the power-hungry and ethically dubious mindset made famous by Niccolo Machiavelli’s 16th century work “The Prince.” Ancona said these people often keep to themselves valuable information that could help others in the organization, pit different groups against each other, and build an “in group” of friends while excluding others from their orbit.

“It’s this whole thinking about ‘How do I gain and retain power, and dominate?’” Ancona said.

Last is psychopathy — specifically, Ancona said, an inability to appropriately deal with one’s negative emotions and impulses. “When you get angry, you get angry. You lash out at people. So [with these people] you might see bouts of anger, yelling, and aggressiveness.”

Put your ear to the ground

If you’re a brand-new executive entering a company with a preexisting toxic culture, it pays to conduct a listening tour, said Thomas Kochan, a professor of work and organization studies at MIT Sloan, who specializes in labor relations or organizational cultures.

The people who have been working directly with a toxic employee are often the ones best suited to identifying that person, Kochan noted. Your listening process will reveal which individuals in the organization pose major roadblocks to progress, allowing you to formulate an action plan. “If you’re going in to [fix] a toxic situation, it’s because there are some people who have created those conditions. You have to do it in a way that demonstrates to the rest of the workforce that you really heard what was going on and the biggest problems are being dealt with.”

Other telltale signs of toxicity in an employee

Kochan and Ancona suggest you keep an eye out for:

You’ve turned over the stones. Now what?

Once you’ve found the source of your problem, what can you do about it? Ancona said your ability to address a particularly toxic person depends on your level of power and influence in the organization relative to theirs.

“If you don’t have a lot of power, it doesn’t make sense to fight a war against a toxic leader, because you’ll probably lose, and you might go down,” she said. In that case, it’s best to keep your distance until the appropriate person acts on the matter, keeping your head down and trying to keep from getting caught in the crossfire.

If you have a bit more power, you can take the problem on, either directly or indirectly. Indirect methods might include bringing the issue to the attention of your human resources department, creating a set of allies to discuss the problem with top people in the organization, or working to bring a leadership evaluation and development program into the organization.

Direct methods could take as aggressive a form as a strategic round of firings in full public view, Ancona said, which should serve only as a measure of last resort if the problem can’t be solved other ways, or a more passive one, like shifting toxic people to different departments or projects.

“That’s not just a wholesale firing of people. It might be more part of a conversation that says, ‘Is this the right job for you?’”