I had the pleasure of meeting Jerry and Naomi Hancock, founders of Sub Zero Nitrogen Ice Cream, at the Franchise Finance and Growth Conference in Las Vegas on May 7, 2019. I also got to taste their delicious ice cream that they made on site and learn their fascinating story of invention and entrepreneurship.

With a background in chemistry, Jerry Hancock got a nitrogen tank from the army surplus store and started tinkering at home with methods to create custom, flash-frozen ice cream using liquid nitrogen, no freezers required. 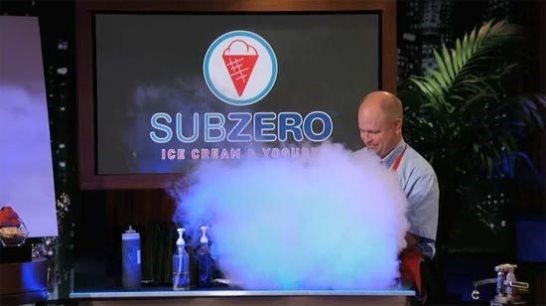 A few years went by, and he perfected the process and discovered an innovative new frozen desert concept. Flash freezing with nitrogen gas makes for a smoother, creamier product than traditional ice cream because it does not allow for the forming of large ice crystals. It allows for a variety of ice cream bases and infinite flavor combinations. The concept saves on energy because no freezers are required at the store and nitrogen is used on demand. It also makes impressive theater for the customer to see their custom flavor made in front of them with a burst of liquid nitrogen. 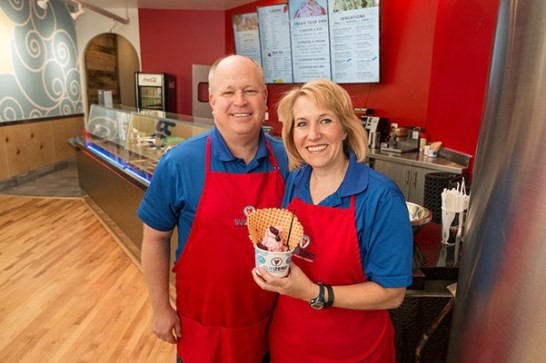 Jerry and his wife Naomi opened their first Sub Zero ice cream shop in 2004 in Utah. The couple appeared on ABC’s Shark Tank in 2013. Although they did not do a deal with the sharks, they got a big boost in franchising interest for Sub Zero. Jerry was awarded a patent covering all claims in the Sub Zero freezing and serving process in 2014. Sub Zero now has some 60 stores in 18 states and several more in development.

Rebecca Patt specializes in retained executive search for the restaurant industry with Wray Executive Search. Need to hire an ace executive for your team? Email her at rebecca@wraysearch.com.