Traffic Spiraling, Franchise Relationships, and Other Industry Trends to Watch 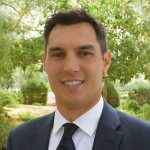 After a negative January and February for the industry with regards to same store sales, March brought some optimism to close out Q1 of 2018. The 0.8% increase in same store sales during the month was one of the best results for the restaurant industry over the past two years and helped to inflate the overall first quarter results for the industry. While traffic was down again in March (-2.1%), a trend not looking to reverse anytime soon, average check size did show continued signs of growth, up 2.8% compared to the first quarter of 2017. The positive same store sales numbers for March were much needed, helping the industry recover from a slow start to the year after a strong close to 2017.

The restaurant industry is a veteran of the franchising model, with many franchisors working hand in hand with franchisee partners to grow massive brands and build strong business partnerships. The franchisor-franchisee relationship is critical to the overall success of both parties and it is a relationship that needs to be strengthened through open and honest communication and strong business practices. In fact, most large franchisors dedicate significant resources and personnel solely responsible for engaging with and supporting franchisee partners. So, I’m sure the recent news about several franchisor-franchisee disputes is on the radar of every top executive running franchise brands. Most recently, El Pollo Loco was ordered to pay $8.8 million to two franchisees as the result of a territory dispute resulting from the company opening a corporate unit nearby franchise locations. A McDonald’s franchisee is proceeding with an age discrimination lawsuit against the company, claiming that the brand’s efforts to modernize restaurants is unfair to older owners and operators. And of course, the 3G/Restaurant Brands International/Tim Horton’s saga continues. Both Canada and US-based Tim Horton’s franchisees have expressed displeasure with several aspects of RBI’s leadership and plans for the brand, including cost-cutting measures and massive renovation plans. Additionally, the federal government of Canada announced in April their intentions to look into RBI, specifically, allegations that the company has not lived up to conditions that were part of the purchase agreement of Tim Horton’s in 2014. Again, the franchisor-franchisee relationship is critical to the overall success of both parties, and like any other relationship, it is one that requires open and honest communication from both sides.

Another note from the restaurant industry relates to the continued trend of increasing speed of service and convenience. Whether through improved delivery options or increased use of in-store ordering kiosks, companies are consistently looking to improve service to keep current customers and attract new ones. Several companies announced recent plans in this area, including Pizza Hut expanding beer delivery from 100+ California and Arizona units and Panera Bread increasing their in-house delivery capacity to cover 1,300+ locations nationwide. And Brian Niccol has wasted little time making his mark on Chipotle, as the brand recently rolled out delivery at 1,500 locations and Niccol hinted at the option for drive-thru service during an investor conference call. Brands will continue to invest in these options to drive same store sales and combat declining traffic numbers.

Finally, of course, the industry continued to be very active in terms of executive movements. Most notably, Suzanne Greco resigned as Subway CEO last week, after three years in the position and more than 45 years with the brand. Additionally, Dine Brands, Le Duff, Papa Johns, Chipotle, Cinnabon, McAlister’s Deli, and Krystal all hired new C-level team members within the past few weeks.