Anthony Bourdain- A Legacy Greater Than the Plate 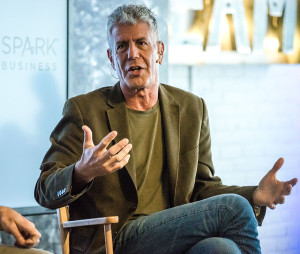 The news flashing across my phone took more than a moment to register. In Friday’s early morning hours, I shook my head in dismay, struggling to process the words. Anthony Bourdain? How could a man whose work so exemplified a zeal for life choose to take his own? Even in an age where we appear at times immune to bad news, learning of Bourdain’s passing stung more than most. Surely, for foodies and restaurateurs alike, the resonance was even greater.

No degree of poignant tribute can adequately encapsulate what Anthony Bourdain meant to the world of food. But in trying, and likely failing to reconcile his death, we are also able to reflect on the invaluable lessons he left. Bourdain was not among the greatest chefs the industry has seen. Great chefs convey their artistry on the plate. Bourdain’s art was his word. Yet, he used those words to entirely change the way people thought about food, which of course was what so endeared him to our community-  a man whose vivid prose could alter our collective worldview, and do so through the prism of food? What a novel concept.

Many of us met Anthony Bourdain in the pages of his bestseller, Kitchen Confidential. It was there he announced himself as an exemplary tour guide for the culinary world. He began to educate about the life force that emanates through a kitchen, issue warnings of bacteria-ridden hollandaise sauce, and unkempt mussels, and all the while lay bare the details of his own checkered path through the restaurant biz. For those among us already privy to the precariousness of ordering fish on a Monday, or a dicey brunch menu predicated on managing food cost, there was something else endearing about Bourdain. He was one of us- a foodie, a chef, a restaurant guy- but he wasn’t full of shit. He would serve truth raw and unvarnished, and if it made anybody uncomfortable, to hell with them. His penchant for humor didn’t hurt either. 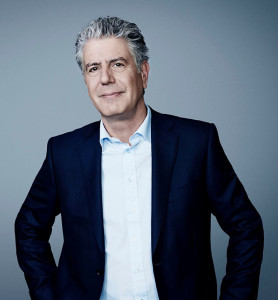 While Kitchen Confidential was Bourdain’s coming out party, it would have been impossible to foresee the indelible mark he would make in the nearly two decades that followed. Once entrenched as that lovable celeb chef turned foodie tour guide, he did something different from the rest. Bourdain chose to forego the glossy, shallow culinary travelogue that so many of his peers are content to put their name on. He endeavored for something more ambitious- to challenge our conventions as they relate to food. Anthony Bourdain made us consider the people, the places, the history behind every dish. He wasn’t a journalist per se, but as the New York Times’ Glenn Thrush pointed out recently, Bourdain approached his work with a genuine curiosity and open-mindedness that would make any true newsman proud. For him to be so inquisitive while exploring food, of all things, was revolutionary. Whether urging a reconsideration of geopolitics while dining in Cambodia or taking a break from lobster rolls to explore the opioid crisis in New England, Bourdain’s brand of thoughtfulness, in turn, made us think in ways we never had about the food we eat, and the people who provide it to us. Sometimes I found Bourdain’s exploration of these topics so illuminating, I wondered about our finally fleshing out the subject, and thought, ‘what took so long?’

In Kitchen Confidential, Bourdain challenged us all to ‘enjoy the ride.’ He heeded his own words in a seemingly endless pursuit of experience and adventure, and we were lucky to ride along with him. Alas, we will likely never be able to reconcile this- a man whose entire being seemed centered upon the enjoyment of life choosing this end. Bourdain made no secret of his demons, speaking openly about the frantic pace of his life as a means to occupy a sometimes-tortured idle mind. As we aimlessly search for meaning in his death, as we are wont to do, let us not lose sight of Bourdain’s life and all it taught us. His legacy is not measured in James Beards or Michelin stars, but I would argue something far greater. We’ll have many more superb chefs. There will never be another Anthony Bourdain. 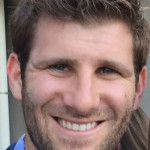 Max Gershberg is an Emmy award-winning associate producer for HBO’s Real Sports with Bryant Gumbel. Prior to his work at HBO, Max graduated from the Medill School of Journalism at Northwestern University. Growing up in a restaurant family, Max contemplated life as a chef before choosing his current career path. Today he is based in New York and an avid explorer of the city’s food scene.