Women in the Hospitality Industry

My immigrant grandfather arrived in the United States as a child in the late 1800’s. As a musician, he was not able to earn sufficient income to support a young family, so he opened a restaurant. The restaurant prospered, was highly successful for over fifty years, and was passed on to my father.

Growing up in the family business, my father learned a business strategy from his father regarding women in the hospitality workplace. Positioning women in key roles in the restaurant has a positive impact on operational flow, contributes to a supportive work environment, and translates to an improved customer experience.

Fast forward to today. “60 Minutes” recently aired a report on sexual assault and harassment allegations by staff members against restaurant owners Mario Batali and Ken Friedman alleged to take place in their trendy New York restaurants. The airing of this CBS program segment coincided with the National Restaurant Association Show in Chicago. The segment was explicit and graphic, featuring testimony from victims discussing incidents of assault and demeaning abuse. Both Batali and Friedman have suffered severe professional consequences and their restaurant companies are in the process of dissolving or restructuring. Collateral fallout includes the loss of jobs of many loyal employees due to the alleged reckless behavior of the principal owners. 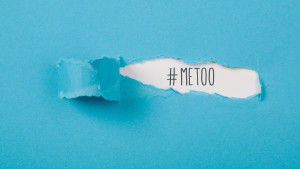 Sexual assault and harassment in restaurants is certainly not new but is now in the spotlight thanks to the recent “Me Too” movement, sending a much-needed wakeup call to the industry. The restaurant industry has historically relied heavily on woman in the workplace. In 2017, women made up nearly 54 percent of industry employees, per the Bureau of Labor Statistics. Unfortunately, that majority percentage has not always translated into appointments of women to the senior levels in the industry. A trend that has been changing slowly, and with more women now speaking out, the movement of women into impactful industry roles should accelerate.

Progressive companies are becoming open to varying styles of executive management. Studies show that women tend to be more open and collaborative, allowing ideas to flow from the bottom up versus top down. They offer different perspectives than their male counterparts.

The competition to attract changing customer bases is fierce. As the percentage of women in the total U.S. workforce continues to escalate, females have also made gains in disposable income. Gen Z is just now entering the workforce with different needs. Millennials are maturing, beginning families and moving into positions of authority. Each of these segments holds new marketing challenges.

At a time when the labor market is tight, more women are now graduating from college, well positioning them to capitalize on employment opportunities. Job growth opportunities and company culture are not only important to Millennials and Gen Z, but to women as well. The approach to job seeking has significantly changed in the past 10 years as women, Gen Z, and millennials are taking a more idealistic approach and considering intangibles such as how companies treat their employees, the environment, and social responsibility before they apply for a job.

As the number of women in the restaurant workforce increases and the glass ceiling breaks, they become strong role models for new employees with ambitions of moving ahead in the organization. The traditional mentoring model with its formal structure is evolving. Mentoring is now allowed to develop naturally. In a recent article in QSR Magazine, Jamba Juice Human Resources Director Humera Kassem claims that “mentoring that is organic is better.”

The old saying that a restaurant is where you work before you get a job is breaking down. The National Restaurant Association reports that females represent approximately half of all restaurant business ownership. Qualified women in the corporate world are demonstrating that they will rise to the top in numbers equal to men.

Given the current evolution of women in the hospitality industry, my forebears were indeed forward thinkers. 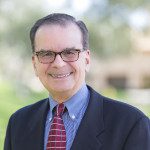