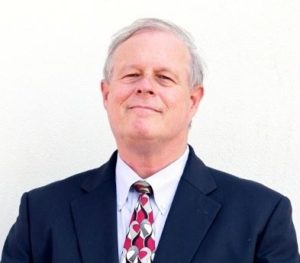 What To Do About Restaurant People Problems at the C Level

Looking at recent history, there is growing evidence in the last two years that restaurant people problems, particularly at the founder, board or C Level can cause massive ripples through the brand and in the consumer marketplace.  This is not to say people problems at the multiunit, store and hourly employee levels are not important. Multiunit or store management difficulties might be more limited in scope and affect a shift, a unit or even a market.  Everything affects everything else: hourly employees take their clues from management and of course can disappear in an instant. But people problems at the C Level will tend to inflect everything else over time, not unlike the flu.

Think about the following brands and recent news:

Subway: in the last week, the relatively new hire North America Subway President “left immediately”, as did the North America Senior VP of Operations in November.  These were both outsiders to the insular Subway culture. Subway has no CMO, with the advertising agency running marketing on an interim basis (what a terrible conflict of interest, as ad agencies get paid on gross media spending).  Last May, Suzanne Greco, Fred DeLuca’s sister and acting CEO, transitioned out, around the same time as unit closings from the 2018 FDD submission became known.  It is believed that the Buck and DeLuca families are at loggerheads; Dr. Buck, the original senior partner, is still alive and has a notion about how the business should be run.  A senior franchisee opined that Subway Corporate is “allergic to new people and ideas”.

No transformative actions have been executed yet.  There still is no permanent CEO. There was corporate decentralization to the regions, but then that was reversed. About $200 million was purportedly spent with Accenture and others to roll out a digital platform (Wow! $200 million) but stores still have 5 tablets for third party delivery agents and SSS is flat to down at reduced levels.  A big strategy consulting firm (their name begins with a B) is in residence and billing. They want to do remodeling and do digital, but so does everyone else. This with a brand that has zero company stores.

Kona Grill (KONA): at the recent 2019 ICR Conference, we were treated to the news of the resumption of control by the founding Jundt family. The Jundt family had been in and out of Kona leadership for years; the prior CEO was terminated last week, and a Jundt partner and director exited.   Kona is tracking to a loss of $12-$14M in 2018, with same store sales at a negative 12% trend.  Kona is trying to work with landlords to cut rents.  An additional challenge is Kona is under current threat by NASDAQ  for delisting. The founder has reemerged and noted they should have built locations in smaller markets, where CAPEX and labor costs are lower. As new Kona units entered the comps sales base, AUVs fell.  With growth to 46 units since 2009, and $30 million in debt, 2019 is really late for the observation they should have built in other places.

Papa John’s (PZZA): Founder John Schnatter’s issues and actions are well documented now. Although they may have wanted to deal with him earlier, the Papa John’s Board of Directors was unable to do so until John stepped into nasty political messaging and presided over difficult earnings calls. Later, there was an another Papa related blow up in the press that was widely reported. In the social media world, there are no secrets. Consumers find out immediately. US same store sales tumbled, some franchisees retrenched or closed, royalty rebates occurred, and a new advertising campaign launched (pretty nice actually, called We are Papa John’s featured video of employees taking to their values). Papa has sued to regain his position in the advertising. Litigation continues, just this week, John won the eight to access corporate records. (one has to wonder: why didn’t he save records in the first place?)

And finally, while this is now dated history, Chipotle didn’t do so well with the co-CEO concept in founder/CEO Steve Ells and then-co-CEO Monte Moran in reacting to the food illness issue in 2015/2016 when the crisis hit.  Company executives were scattered from New York City to Columbus to Chicago to Denver. In my view, their recovery marketing and communications was dispirited, scattered and too weak; they did not address the problem head on.  For example, Steve Ells went on the NBC Today program once. Was that enough communications effort? The SSS and earnings declines showed it was not. This could have been mitigated by the Board insisting a crisis/recovery be in place. Fortunately, a cultural reset is underway with Chipotle , with a new CEO, mostly consolidated corporate HQ, needed corporate disciplines (like HR which they didn’t have earlier) filled and new revenue platforms in the works.

The way things are now, when there are serious people problems at the C Level, no amount of new minority investors, refranchising, HQ cost cuts, founders leaving or coming back in, portion size cuts or labor hours reductions will be productive until the people foundation is rebuilt.

What Could Be Done Proactively?

From my own experience, I know that some boards go to meetings or conference calls monthly or quarterly and are pretty passive. In others, there is more robust discussion, debate, investigation and discovery of new ideas and challenges to ways of doing business. If there is a C level problem, it seems to me that the board should catch it, install a kind of early warning system.  Here are three ideas to build board infrastructure and a sounding board, kind of an early warnings system:

John A. Gordon is founding principal of Pacific Management Consulting Group, a restaurant consultancy that works complex restaurant operations, financial management and strategy engagements. Gordon is a certified Master Analyst of Financial Forensics (MAFF) and has enjoyed pulling restaurant numbers apart over his 45 year career. He is reachable at jgordon@pacificmanagementconsultinggroup.com, (858) 874-6626, twitter: JohnAGordon.