Paul J. B. Murphy III, Red Robin’s President and Chief Executive Officer, said, “We are very excited to share the progress we have made towards recovery. Our initiatives to enhance the Red Robin Guest experience and enterprise business model since the onset of the pandemic, coupled with decreasing COVID cases and pent-up demand, have resulted in a meaningful improvement in our liquidity and enterprise margins. We are encouraged that by the end of our first fiscal quarter, more than half of our Company-owned restaurants had positive comparable restaurant revenue compared to 2019, despite pronounced capacity restrictions in our largest markets. For the first time since the beginning of the pandemic, all of our Company-owned restaurants are open for indoor dining at varying levels of capacity. As we welcome back our Guests, we are sustaining off-premises sales that are more than double pre-pandemic levels, even in comparable Company-owned restaurants we are able to operate at full indoor capacity.”

Murphy continued, “We believe the foundation that we have put in place will drive Guest activation, deliver a great brand experience, continue to generate incremental off-premises sales, and leverage our strengthened business model, together creating long-term value for our shareholders.”

– Total Revenue Increased 32% Year-Over-Year in the First Quarter, Same Store Sales Up 11% in Corporate Owned Restaurants and Systemwide Sales Up 19% –

1 Refer to “Key Metrics Definitions” and “About Non-GAAP Financial Measures” sections below.

Management Commentary
“The first quarter of 2021 reflected our return to positive sales growth, achieved through unit growth and same store sales growth in both corporate owned restaurants and franchised locations,” said Julio Ramirez, CEO of BurgerFi. “Our success demonstrates the continued momentum from the COVID-19 pandemic recovery, supported by growth in our number of locations, strong results from our digital channel, the execution of our marketing strategy and successful limited time offerings. As a continuation of the investments in our digital channel, we also recently announced that we have hired Karl Goodhew as chief technology officer, a new position at our company that reflects the increasingly important role that technology is playing in our business. Additionally, we continue to redefine our brand and value proposition, and I’m pleased to say we have hired Henry Gonzalez as chief marketing officer. With his extensive leadership experience in field and corporate marketing, he is uniquely qualified to collaborate with all stakeholders to help us unlock our brand’s potential and drive growth.

“For 2021, we will continue to execute on our restaurant development plan in both new and existing markets with plans to open approximately 30 restaurants this year. We opened four new restaurants in the first quarter, one in April and currently have 21 restaurants in various stages of development and plan to expand our Ghost Kitchens through our partnerships with Reef and Epic Kitchens through opening 15-20 additional locations by the end of 2021. We are looking forward to bringing the ‘better burger’ experience to more consumers nationwide and internationally as we continue to build our brand. With our ongoing brand recognition efforts, we remain committed to innovating our menu items with unique offerings, like our Swag Burger and Dunkaroo Shake, to drive further excitement with consumers. We are optimistic about our expansion efforts on the eastern seaboard and internationally, and we anticipate that our growing presence will deliver strong results.”

Commenting on the results, Ophir Sternberg, Executive Chairman of BurgerFi, stated: “BurgerFi started the year strong receiving multiple awards, including being named a top fast casual restaurant by USA Today’s 10Best Readers’ Choice Awards. An increasing number of people continue to be introduced to our best-in-class menu and we look forward to the continued expansion of the brand in 2021 through new restaurant openings. I am also excited that we have topped off our c-suite with our recent appointments of our chief financial, chief technology and chief marketing officers. With the great talent we have in place, we are well positioned for 2021 and beyond.”

Updates Revenue and Earnings Guidance for 2021

Based on the results to date through the first quarter 2021, and including the uncertainty related to COVID-19, the Company has updated its 2021 guidance as follows:

Sales highlights for the four months of 2021 compared to the same period 2020 are as follows:

Sales highlights for the four months of 2021 compared to the same period 2019 are as follows:

Jeff Crivello, CEO, commented, “While we still operate under certain state capacity and distancing restrictions throughout the country, we were pleased to see those restriction begin to ease in mid-late January as business began to return to a more normal environment. This has been especially helpful to Granite City as a brand that relies on dine-in customers and we have seen their sales quickly move closer to 2019 levels. Famous Dave’s continues to accelerate its overall sales as it has through the pandemic with its strong to-go business.

We are excited to move into a new growth phase as construction has begun on two new prototypes, a cafeteria style line-serve, and a counter-serve drive thru. We currently have 15 new ghost kitchens, and 5 brick and mortar Famous Dave’s in the pipeline to open this year.   Our M&A opportunities are robust. 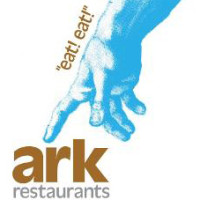 Ark Restaurants Announces Financial Results for the Second Quarter of 2021

A comparison of company-wide same store sales is not meaningful as they are not comparable to prior periods as a result of the continually changing government mandated closures, capacity restrictions and social distancing guidelines required since March 2020 at all of our restaurants in connection with the COVID-19 pandemic. 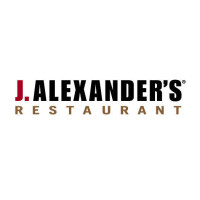 Mark A. Parkey, Chief Executive Officer of the Company, stated, “I’m excited to announce that even with restaurant capacity restrictions in many markets our sales in March 2021 reached nearly 100% of sales for March 2019 and were over 155% of sales in March 2020 when the onset of the COVID-19 pandemic occurred. Further, for April 2021, sales were over 105% of the comparable period for 2019. We’re optimistic that we will continue to build on the tremendous momentum we’ve experienced in the first few months of 2021 throughout the remainder of the year and are anxiously awaiting the day when each of our locations will once again be operating at full capacity.”

Founded in 1997, Nothing Bundt Cakes is a market leading franchisor and operator of gourmet bakeries offering specialty bundt cakes in 390 locations that generate ~$470 million of system sales across the U.S. and Canada. Nothing Bundt Cakes’ products are hand-crafted and baked on-site, with high-quality ingredients and proprietary formulations.

“Roark is a best-in-class partner that shares our values of transparency and excellence and has deep expertise with its incredible portfolio of brands,” said Nothing Bundt Cakes CEO Kyle Smith. “We look forward to working with them to enhance support for our bakery owners and continue growing our system while maintaining the joy-giving experience our brand has offered guests for nearly 25 years.”

Clay Harmon, Managing Director at Roark, said, “Nothing Bundt Cakes is a special brand with delicious products that are beloved by guests. We have great admiration for what Kyle and his team have accomplished, and are excited to partner with them.”

Roark focuses on franchised and multi-location business models in the retail, restaurant, consumer and business services sectors. Since inception, affiliates of Roark have invested in 92 franchise/multi-location brands which generate approximately $54 billion in annual system revenues from 63,000 locations in 50 states and 89 countries. For more information, please visit www.roarkcapital.com.

About Nothing Bundt Cakes

Dallas-based Nothing Bundt Cakes was founded in Las Vegas in 1997 by Dena Tripp and Debbie Shwetz and has grown to 390 franchised and corporate bakeries in 40+ U.S. states and Canada. Bakeries offer Bundt Cakes in a variety of flavors and sizes such as bite-sized Bundtinis®, miniature Bundtlets and 8- and 10-inch cakes plus decorations and gift options for all occasions. Nothing Bundt Cakes is committed to building a team of bakery owners and employees who embody the joy-filled brand, resulting in industry accolades including Entrepreneur’s Franchise 500 List, Franchise Business Review’s “Top 50 Franchises” and, for five years running, Franchise Times’ “Fast and Serious.” Please visit www.nothingbundtcakes.com to learn more.

Stockinger added, “In the first quarter we continued optimizing our operating model to adjust to consumer preferences by making it easier for consumers to enjoy our brands across all channels. We made progress over the quarter improving our drive-thru infrastructure and are making ongoing investments in our digital platform such as enhancements to our geofencing capability to improve curbside speed of service and building an enhanced, digital drive thru experience. We expect these initiatives to drive accelerated sales growth as they reach full implementation.”

Stockinger concluded, “We will continue to concentrate on non-dine-in trade channels to match the evolving changes in customer behavior, and will focus on creating a great guest experience across all channels. Our investments in our digital platform will continue throughout 2021. We are optimistic about the remainder of 2021 and believe that our growth initiatives will continue to build momentum and accelerate sales growth over the balance of the year.” 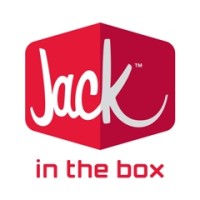 Darin Harris, chief executive officer, said, “Consumers continue to embrace Jack in the Box’s iconic all-day menu and continuous menu innovations, driving growth across every day-part. A shift toward our core premium entrees, combined with an increase in items per order reflecting larger parties, fueled a nearly-20 percent increase in average check. Our performance was strong across all regions throughout the quarter, including in Texas where pandemic dine-in restrictions were lifted much earlier than in our other large markets. Stimulus payments also contributed to our strong performance during the last four weeks of the quarter.”

Harris continued, “We are off to a good start through the first four weeks of the third quarter, giving us confidence that our key strategies continue to resonate with guests and position us to maintain momentum while we work closely with our franchisees to grow.”

View full version at Jack in the Box