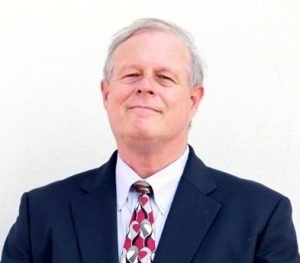 Restaurant Potpourri: Issues of the Day

From a lot of restaurant conferences and conversations of late, the following restaurant issues keep being discussed and  worth some comment:

What do same store sales (SSS) really represent?  The ever popular all around restaurant health and vitality, pass/fail bumper sticker is getting some new attention. Some restaurant investors, operators and other observers asks if the same store sales number in the prior year history changes if there are units opened, closed, refranchised (sold) or defranchised (acquired) in the current year?  The answer is: it depends. Changes in the units open base will change the AUV’s, which can optically affect SSS higher or lower  For example, if a chain buys back all of the franchisees in its high volume/high profit Hawaii market  we can expect that AUVs(and SSS) might eventually optically rise, partially or wholly due to the inclusion of the new units. Some companies and a few sell side analysts call out that numbers effect. Many companies define same store sales to be of those units open over the last 13/18/24 months, typically. Practically, however, since companies do not restate and publish a whole string of year’s prior same store sales history ever quarter/year, it is very likely the SSS history retained by the analytical community will be not on an “apples to apples” basis as a result.  The prior year data would be somewhat “off”. Fixing that and tabulating that data would be a massive task for an industry trying to explain “what happened yesterday”.

Everyone is doing remodeling. We are in a customer facing industry, we get judged if our stores are comfortable, clean, modern and well equipped. Restaurants require massive amounts of capital to build and then maintain the units over time. At some point, all matter of average check, traffic, food waste reduction, lower labor costs, energy cost savings benefits and efficiencies have been assigned to remodels. But with all kinds of restaurants and retailers remodeling everywhere, the optical ability to see the sales lift and potential ROI might be more difficult. That seems to be with case at McDonald’s, with the Experience Of The Future (EOTF) stores sales lifts lagging thus far Tales of simple $965 wood chains abound, and the conflict over building a wall between the kitchen and front line was called out by franchisees as wasteful and of achieving no purpose. According to a franchisee district manager I talked to, it did not cut down on noise and made it more difficult to provide guests refills.

One issue that deserves note in the remodel ROI tracking is that by not remodeling, sales deterioration might logically occur. We can see some of the frozen in time brands by driving around and can reasonably speculate they have been losing sales for years. So a sales lift might be seen as a plus 2 number versus a non remodeled sales base of minus 3 or a plus 5. What can be done much better by the industry is getting the remodel cost dollar level lower.  A good restaurant remodel continues to be a simple cash payback (simple as it does not include the cost of the debt) of 3 years or so, but some are longer.

The franchisor community must take into account that with everything so expensive, every dollar of marginal CAPEX has both a principal and interest cost tail to it. The dream that franchisees can inject 100% cash into a remodeling venture is unrealistic, since there typically must be some injected equity /cash into a loan deal to begin with. Franchisees often have a more realistic balance sheet view since it affects them personally.

At the same time, to hold down on cost and confusion, it is essential to test and perfect remodels and new concepts at either company units, or in certain franchisee units to validate the business case before it is rolled out to the marketplace first. A fixed asset  decision is always a almost permanent decision, not easy to get out of.

The return of the next wave of Restaurant IPOs was on the minds of the participants at the recent ICR Exchange Conference in Orlando in January.  It is a nice conference as restaurant operators, investors, analysts and other observers come together to talk about such things. Many wondered but there were no common answers. Many feel that a slowdown or mild recession is coming up, other point to that the LIBOR cost of money index is higher. Lenders for their standpoint, note that plenty of lenders and money is available, but with slightly highly underwriting standards.

As we all know there was a boatload of restaurant IPOs that entered the market from 2011 to 2016. It produced a lot of interest, and not surprisingly pressure. An investor told me in that period they didn’t want to miss the next Chipotle”. Several brands said they could add 1000, 2000 units in the U.S. no problem.

It turned out that they couldn’t. The US became over stored and a lot of pressure accrued to those post IPO companies. Some brands then and now continued to grow smartly but others opened many new units, sometimes with little research and in not so good locations. One common denominator was there was so much diversion of corporate staff to open new units, the base business was neglected. Hopefully we will do better next time.

About the author: John A. Gordon is a restaurant analyst and management consultant. He is the founder of Pacific Management Consulting Group, a restaurant consultancy that has worked strategy, operations analysis and financial analysis engagements since 2003. With a very long restaurant career track, he remembers when EcoLab only sold soap. He can be reached at jgordon@pacificmanagementconsultinggroup.com, office: (858) 874-6626, website: www.pacificmanagementconsultinggroup.com