The Salary History Question is Dead 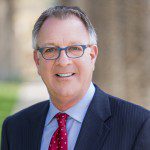 “What is your current salary?” is a question familiar to all job seekers and most employers. If you are an employer or an agent of an employer, asking this question of candidates on job applications or during interviews, you will need to revisit your processes considering the new compensation history bans popping up across the country.

A growing number of states and local jurisdictions have enacted laws that will prohibit employers from requesting salary history of job applicants and limit an employer’s ability to consider prior salary when making offers to new hires. Currently, eight jurisdictions have enacted bans impacting private employers: California (effective 1/2018), Delaware (effective 12/2017), Massachusetts (effective 7/2018), New York City (effective 10/2017), Philadelphia (stayed pending legal challenge), Oregon (rolling implementation beginning 10/2017) and San Francisco (7/2018). Similar laws are currently or have recently been under consideration by many other jurisdictions, including in Illinois and Texas.

While each law is different, at their core, these laws will prohibit employers from asking a job seeker’s prior or current compensation or benefits or wages during the application or interview process. Most also prohibit relying on prior salary information when deciding whether to offer a job or how much to pay.

Advocates hope it will lessen the pay gap. Many argue that because of the pay gap between men and women, especially women of color, the practice of asking a candidate’s salary history is harmful. In announcing the law, Chair and Commissioner of the NYC Commission on Human Rights Carmelyn P. Malalis said: “Women and people of color deserve to be paid what they’re worth, not held back by their current or previous salary. Today’s law will enable job seekers to negotiate a fair salary based on their skills and will help break the cycle of income inequality that has been so prevalent in the workforce for so long.”

Opponents, not so much. PayScale, the compensation data and software company that regularly examines trends and questions regarding employee pay, conducted a survey to better understand the relationship between the salary history question and the gender pay gap. What they found surprised them and almost everyone with whom they’ve shared the data.

Between April and June of this year, they asked 15,413 job seekers who visited PayScale.com to evaluate an active job offer whether they disclosed their pay at previous jobs at any point during the interview process. The widely held assumption is that revealing your salary history, especially if the number is below market value, could negatively influence the offer made by the employer with whom you’re interviewing. However, this study revealed that a woman who was asked about her salary history and refused to disclose was offered 1.8% less than a woman who was asked and did disclose. Meanwhile, if a man refused to disclose when asked about salary history, he received an offer that was 1.2% higher than a man who did.

As with any data analysis, individual circumstances may vary, so it’s entirely possible that sometimes revealing your salary does negatively influence your offer. However — at a macro level — that’s not typically what’s happening. These findings seem to undercut the whole premise of banning the salary history question to level the playing field for women when it comes to compensation.

What to do – Stop asking the question. The relationship with a potential new employee should get off to a good start, so don’t put them in the awkward position of having to decide what to reveal about their previous pay. Avoiding the question gives a better impression about the way pay is set at the organization.

Price the job, not the person. A candidate’s current salary should have no bearing on what an employer is willing to pay for a position. Compensation should be a data-driven decision based on the current value of a given position in the talent market. Certainly, a candidate’s unique skills may place them lower or higher in the pre-determined range, but their current salary shouldn’t be the basis for determining their pay.

Tweak the process for setting pay expectations. If the reason for asking salary history is to establish whether a candidate is above the available budget for a position, there are other ways to get to that same answer. Employers could ask about a candidate’s salary expectations. Or they could consider a bold step and try sharing the range for a position. They can make clear that the candidate will be placed in the range based on their specific skill set or experience level.

The negotiation process is an opportunity to start a healthy conversation about the way pay is established and managed at an organization. Rather than approaching it as a way to save money, employers and hiring managers can use pay negotiations to build trust with a candidate — man or woman — right from the start.

It remains to be seen whether legislation banning employers from asking the salary history question will have any positive impact in terms of closing the gender pay gap. On the one hand, if what’s happening is unconscious bias from employers toward women who refuse to answer the question, then not being able to ask may alleviate some of the gap we’re seeing in offers to female disclosers versus refusers. If, however, the real issue is around employers filling in the salary blanks differently based on gender when candidates don’t share their current salary, a ban on asking for pay history may not get the job done.