Risley, a seasoned hospitality executive, brings a long track record of attracting and developing high-level talent to Whiskey Cake. With an impressive history of progressing leaders in the industry, Risley creates a culture amongst employees that promotes the continued ability to adapt, evolve and thrive.

“Ray’s strength in growing brands through investment in team is unique and we are excited to have his exceptional leadership at the helm as we grow Whiskey Cake into a nationally recognized brand,” said  Front Burner Restaurants CEO Jack Gibbons. “In any great organization, the ability to adjust and grow is only as strong as the leadership teams you build. Ray is laser-focused on developing leaders and amplifying brands. His expertise will impact our rate of growth and ability to translate the brand to guests in new markets.”

When Risley isn’t working side-by-side with his team, he’s putting his sharpened carpentry skills and appreciation for home-grown vegetables to use. With a handcrafted large box garden that grows tomatoes, herbs and peppers in his backyard, Risley’s personal interests align perfectly with Whiskey Cake’s farm-fresh menu.

“I am thrilled to join the Whiskey Cake team and take on this new role,” Risley said. “I believe a strong cultural and operational foundation will enhance the potential of this innovative restaurant brand. I am also incredibly excited to lead a brand that nurtures relationships with local artisans to deliver farm-to-fork dishes. This is a perfect marriage of my personal and professional passions.”

Whiskey Cake reimagined the neighborhood restaurant almost ten years ago by serving up farm-to-fork dishes and garden-to-glass cocktails out of its scratch kitchen and bar; in other words, familiar American food that has been revved up a notch. Microwave? Never heard of it. Whiskey Cake uses slow-cooking methods on a live wood grill, smoker and spit because everything tastes better that way. In addition to offering delicious dishes, Whiskey Cake’s energetic bartenders hand-make whiskey cocktails and bold elixirs from premium liquors and fresh ingredients picked straight from their on-site garden. Whiskey Cake also offers a wide selection of micro-brewed beers, whiskey flights and curated wines. For more information, including hours, directions and the full menu, visit whiskeycake.com. 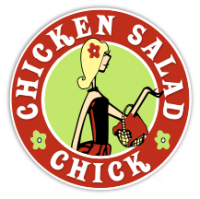 Chicken Salad Chick announced yesterday the promotions of five existing brand leaders amid the company’s ongoing growth and success. The brand has promoted three executives to its C-suite, including Jim Thompson as Chief Operating Officer, Terry McKee as Chief Development Officer, and Tom Carr as Chief Marketing Officer, as well as appointed Mary Lou Atkins as Vice President of Human Resources and Carrie Evans as Vice President of Franchise Development. The promotions recognize the numerous contributions the longstanding leaders have made throughout their tenures and reflect the high caliber individuals taking Chicken Salad Chick to the next level.

Chicken Salad Chick has grown exponentially in recent years, more than quadrupling in size since 2016. At the beginning of the year, the brand recorded 2019 as the most successful year in its company history, opening 40 new restaurants, achieving 16 consecutive quarters of same-store sales growth and seeing a 40.1% and 38.5% increase in systemwide sales and unit count, respectively. This impressive growth and year-over-year results attracted prominent private equity firm Brentwood Associates, which acquired Chicken Salad Chick from Eagle Merchant Partners in November 2019. Despite numerous challenges and obstacles the restaurant industry is facing due to the COVID-19 pandemic, Chicken Salad Chick has opened 19 new restaurants this year, and is projected to open 15 more, bringing its systemwide total to 178 restaurants by the end of the year.

These ongoing efforts, coupled with a concentric circle growth strategy, are part of Chicken Salad Chick’s greater development goal of having 500 locations open and operating by the end of 2025. To help support this goal, Chicken Salad Chick is leveraging the seasoned principals of Brentwood Associates and elevating the talented and accomplished leaders that have been integral to the brand’s achievements thus far.

“Chicken Salad Chick could not be the brand it is today without the tireless work and dedication of the talented people that drive it to its fullest potential,” said Scott Deviney, CEO of Chicken Salad Chick. “Despite all that we’ve faced over the past several months, these individuals championed our brand and continued to propel it forward, so it was important for me to recognize all their contributions and provide them with the opportunity to continue to grow within our organization. We’ve come out of this challenging period stronger than we were before, and are excited for all that we can accomplish in the future with this strong team in place.”