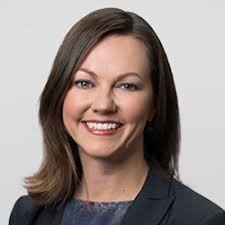 An Insider’s View on Ghost Kitchens and Delivery

Meredith Sandland recently founded a knowledge platform, DelivertheDish.com, and she is the co-author of the forthcoming book Delivering: The Digital Restaurant. The platform provides tools and resources to help food and beverage executives better understand off-premise food optimization. Meredith is an expert in restaurant business models, restaurant development, and the creation of new sales channels. She recently served as COO of ghost kitchen start-up Kitchen United and CDO of Taco Bell, following over a decade consulting consumer and technology businesses for Bain & Company.

What got you interested in the business of food delivery and ghost kitchens?

I was the chief Development Officer at Taco Bell, where my team built over 1000 Taco Bells. About halfway through that journey, I started wondering “if all the malls are shutting down, why are we building Taco Bells next to malls?”

Then, at the tail end of that growth spurt, we were trying to figure out a more urban model. At the time we had really none to speak of, although there are probably now more than 50 of them out there. But early on, we were trying to figure out how do you make urban work when the brand is so traditionally suburban and so reliant on the drive thru? My Head of Architecture and I looked at each other and we said, “this is so silly,” going to Manhattan, the world’s most expensive real estate, trying to develop retail space when no one is calling us from Manhattan saying, I want to hang out in a Taco Bell. They are calling us and saying I want to eat tacos, which is a totally different statement. Especially in Manhattan, where delivery is part of the daily living fabric, a restaurant seems unnecessary.

We thought it would be so cool if we could just prepare the food out of a commissary and deliver it, but of course at the time, nothing like that existed. So fast forward a couple years, and I walked into Kitchen United. I thought, “oh my gosh, they are making the thing that I want. I am the person who is meant to be the customer, and this is amazing.”

How has off-premise and delivery grown since the pandemic, and where do you see it going?

Pre-COVID, besides Chinese and pizza restaurants, restaurants were not really designed for delivery. Delivery on average was maybe about 10% of sales. In a more developed delivery market, that number is between 30% and 70%, depending on the market, worldwide. The US has between three and seven times more delivery today than pre-COVID. I think because of some things that are unique about the US, that number will never get to 70%. It will probably be closer to 30% or 40%, but it will grow a lot higher than what it is today. 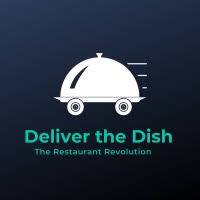 Bill Gates says about coronavirus that it crammed 10 to 15 years of digital adoption into one to two years. I really believe that it has not fundamentally changed consumer behavior in a way that was not happening anyway. It accelerated the change that we were seeing. Things like Instacart or Doordash already existed before coronavirus happened. But what coronavirus did is that suddenly people like my parents who are 70, who never in a million years before would have used Instacart or buy online and pick up in store at Kroger, started to do just these things. Once they learned how easy it is and have the apps downloaded, they are not going to go back to what they did before.

Why do you think the US has lower food delivery numbers than some other parts of the world?

The foreign countries where the numbers are the highest is the Middle East, followed by Asia, and then Europe. In developing countries, they went straight to the broadband cell service and never had the old-school landlines that we have here in the US. When smartphones appeared, they just skipped straight into that, and when you go to those countries, everything is done on the smartphone.

The whole delivery space in the US has been rife with competition among the big players, and it has been a struggle for all of them to make it profitable and for the restaurants to be profitable. How do you see that shaking out?

Generally, in platform markets, you end up with two main players, maybe three, and the third would be a smaller, niche player. This happens because of the benefits of network economics. Once you get to a certain point in market share, you are so strong that you just become able to beat any other player. You start advancing more rapidly than they do, and no one else can keep up.

So, I would expect that will happen in restaurant platforms as well. I would expect that as consolidation happens, you will start to see the price of delivery come down. I would expect that ultimately, delivery will be cheaper than dining in a restaurant, which seems hard to believe right now. I think this pain that the restaurants are feeling when they talk about the profitability of the delivery order is certainly exacerbated right now during coronavirus, and especially while all the restaurants were shut down because 100% of the volume was going to delivery. Prior to that, it really was an incremental business for 10% of your sales. You could pay up 30% delivery fee and make money.

New York is the most advanced city in the US in terms of delivering penetration, and I think restauranteurs in New York would say that when it gets to probably somewhere between 20% and 40% of business where you start to see it just fundamentally changing the overall economics of the business. So, I think if the delivery companies, putting COVID aside, want to reach penetration levels of 30% to 40% nationally, ultimately, the economics of what they are doing with the restaurants have to change.

A lot of people do not know what a ghost kitchen is because it is very small today, but they get a lot of news because the former CEO of Uber invested in them, Andreessen Horowitz and Google Ventures invested in them. When you look at these big blue-chip venture capital type names making investment in this tiny space, you think “gosh, they must be up to something.”

I think what will happen, over time, is that these ghost kitchens, because they are purpose-built for delivery and because there is consumer demand for delivery, will end up being a preferred method of development for restaurants. Building a 6000-square-foot restaurant with 200 seats and a sea of parking around it made sense in the late 90s and early 2000s, but it is not what people are going to do anymore going forward. Consumer demand for restaurant food is not going down. It is just changing.

You are currently writing a book about the off-premise business called Delivering: The Digital Restaurant. What are you most excited about with your upcoming book?

All of the awesome people that we get to talk to. We developed our dream list of people that we wanted to interview, and we thought, if we get 10% of them, it will be a good book. And so far, nobody has said no. Every single person has been willing to talk to us and willing to share openly and some great stories. Restaurants, ultimately, are a people business, so you get a lot of interesting stories about what people are doing and why and how they see the market.

Want to find out more insights from Meredith and Deliver the Dish? Check out deliverthedish.com