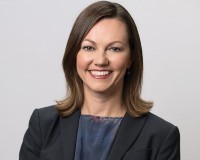 Meredith Sandland is the co-author of the new book, Delivering the Digital Restaurant: Your Roadmap to the Future of Food. Meredith is a consultant, corporate strategist, and restaurant development executive who has become an expert on the digital restaurant revolution. After building over 1000 restaurants as the Chief Development Officer at Yum! Brands’ Taco Bell, she became interested in how the on-demand economy was impacting restaurants. She joined ghost kitchen start-up Kitchen United as COO in 2018 to develop their business model, raise capital, and serve as the public face of the company. For the book, she interviewed dozens of leading entrepreneurs in the space and delivers cutting-edge research and insights on how restaurants can survive and thrive in this disruptive economy. 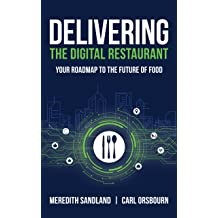 The book has a very informative, encouraging, and inspiring tone to it. Who do you think will benefit the most by reading it?

We are hoping independent restaurants will be encouraged and inspired by it. I think chain executives will find it interesting and useful for getting management teams and franchise systems on the same page. In the last few years, we have had what I will call the “SASification” of digital restaurant tools, as in software as a service. It’s been amazing to me as someone who worked at Yum, where we spent millions of dollars building in-house technology that only we had and that no one else could possibly even dream of creating because you need so many restaurants to justify spending that much money to make something. And now, these tools are available for a monthly fee, and anyone can get them. It really helps to level the playing field between chains and independents. The world has changed, and I’m hopeful that that means that it’s no longer about scale and having an installed base of restaurants and having that huge marketing budget and the chokehold on the locations, and now it’s more about who has the best food and what do consumers want to buy. That’s exciting, and that’s exciting from a consumer standpoint, too.

What was the most surprising thing about writing the book?

The surprising thing was the pandemic. We started writing before the pandemic occurred, and the world started changing so quickly last year. Restaurants were just trying to survive, and the digital and virtual restaurants concepts that we thought were the future became present.

You’ve conducted dozens of interviews for the book with leading entrepreneurs in the digital restaurant space. Who is someone who really stands out for you?

Oh my gosh, there’s so many great people. I think, to me, Alex Canter is one of the most visionary. Alex Canter is the fourth-generation son of Canter’s Deli, an LA institution. He is quite young, and he grew up in the restaurant industry at his dad’s restaurant. He could see that the restaurant business was changing and going in a different direction, and he started creating these software tools and companies. He did that very early. I met him around 2017, before much of this really was happening, and he was already like, “I know how this is gonna turn out.” He was already creating Grilled Cheese Heaven, his first virtual brand, and he already had a strong business rationale for why these things were happening that was just incredible. He created Ordermark, the order-integration system, and he also created Nextbite, which is a virtual brands company. Nextbite has now taken an investment from SoftBank. What started as this crazy idea in 2017 is now a very well-funded venture, part of the SoftBank empire.

Why do you have a whole chapter on pizza?

There is because I think a lot of restauranteurs will say things like, “this delivery thing can’t possibly work; it’s just as fad. I pay 30% to Grubhub, and it’s so ridiculous.” They get all up in arms. To me, that is kind of a failure of imagination because pizza has been delivering for years. There’s an entire industry that has figured out how to make delivery work. Delivery might not sustainably work in its current iteration, but it’s clear that consumers want it and that there’s an industry that’s figured it out. And so, I’m a big pizza fan. I think that pizza is one of the greatest inventions. It arrives hot and perfect and wonderful, and you can put anything you want on it. I have eaten a lot of pizza over the last year, and the place that we order from makes really interesting pizzas. Anything can go out to pizza, and it was wonderful to be able to have those things brought to us hot and perfect and not have to go out and take a risk.

What do you think is the future of pizza?

Have you heard about the company called Piestro and the founder, Massimo Noja de Marco, who is also one of the founders of Kitchen United? He is from Italy. He is a wonderful Italian cook, seventh generation of an Italian family, and he has created an automated pizza maker. It’s almost like a vending machine of pizza. It’s crazy. For pizza and frankly for all categories, the challenge right now is no one can get enough labor. Labor prices are skyrocketing and so far, the consumer is resilient enough that restaurants can pass through price increases to deal with the labor costs. I think there will come a time when the economy turns down and the consumer is not doing so well, and the prices that restaurants have increased are probably not sustainable. It’s certainly not something that can continue to go up indefinitely. And at that point in time, restaurants must figure out automation. They must figure out how to use less labor in the restaurant. Sweetgreen also bought Spyce. I’m not exactly sure how they are going to deploy these things, but I think that they have to. When your second biggest cost after food is the people who assemble the food, and you can’t find enough of them and you are finding yourself paying more and more and more for them, you’ve got to figure out a way to use less of them. So, I think there will be a lot of that, and I think pizza lends itself to that very well. You see like Domino’s experimenting with self-driving delivery vehicles. You are seeing drone delivery and things like that. I think those things are real and they will happen. I don’t think they’re just PR stunts. I think, over time, they will start to become part of how we live.

Want to find out more about Meredith’s book? See Delivering the Digital Restaurant: Your Roadmap to the Future of Food.

Want to find out more about hiring top executive talent for your restaurant team? Contact Rebecca Patt at rebecca@wraysearch.com