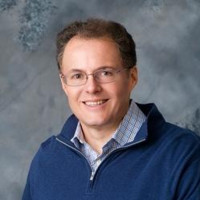 How One Question Helps Bring Your Leadership Signature to Life

“This article appeared originally at SmartBrief on Leadership”

I love the idea of a “leadership signature” suggested in “5 Rules for Leading in a Digital World” in a recent issue of the MIT Sloan Management Review. After all, our signatures are unique representations of ourselves to the world, and the same can be said for our personal leadership styles.

The authors offer: “They need to know your leadership signature: who you are as a leader and how you view and approach the job.” I agree!

There’s just one problem with the idea. Almost all of us struggle to describe our leadership styles in something other than general statements or cliché-filled phrases. Imagine a prospective hire is sitting across from you and asks you the question, “How would you describe your leadership style?”

I’m willing to wager your quick answer includes terms such as challenging, fair, collaborative and other close cousins.

Those terms might reasonably describe attributes of your style, but they fall short of communicating your leadership signature. They’re too general and fail to demonstrate your unique approach to guiding, developing and engaging. I struggled with this as well until I met Angela. Here’s what I learned from this remarkable project manager about uncovering and articulating our leadership signatures. Hint: It’s not all about you.

One question changes the trajectory of a failing team

Imagine being invited to lead a group of headstrong technical and product experts attempting to navigate some sticky design issues. That’s precisely what Angela faced as she stepped into a role where two more experienced individuals had thrown their arms up in frustration and quit.

I had advocated for Angela in this role because of my belief in her ability to deal with people. She wasn’t the most technical person available to us; however, in observing her work dealing with some other challenging teams, I was convinced she was a good fit for this high-stakes situation. While there were doubters, the executive team ultimately supported my recommendation for Angela. (I suspect a few of these members viewed this as an excellent opportunity to watch me fail.)

The day came for the initial team meeting, and after her introduction as the new team lead, Angela looked around and remained silent for what seemed like forever. Finally, she opened her mouth and taught all of us one of the most powerful leadership lessons of our lives.

She asked, “At the end of our time working together, when we’re successful, what will you say I did?”

After a few seconds of uncomfortable science, someone laughed and suggested, “Don’t be a jerk like your predecessors.”

She grabbed a marker and went to the whiteboard and wrote, “Don’t be a jerk!”

What else? One of the senior people in the room looked at her and said, “You’re serious, aren’t you?”

She reiterated the question, and slowly, the answers started flowing. The team members ultimately described what they needed from someone in a leadership role to help them work through the tough decisions and to begin making traction with this floundering project.

As the session ran out of energy, she thanked the group and indicated she would come back tomorrow with a summary.

I’ve shared this story many times in workshops, courses and other articles. Hundreds of people have put what I now call Angela’s Question to work. Many describe the experience as awkward and humbling. It is.

More than a few have refused to ask the question, feeling as if it shows them as too vulnerable and even weak. Vulnerable, maybe. Weak? Heck no.

What Angela was doing with her pointed question was gaining important context for the people and situation before sharing and showing her leadership signature.

She was smart enough to recognize the only right formula for leading and managing in this situation was to understand and meet the needs of her new team members — something the prior team leaders failed to do.

Bringing your leadership signature to life in a charter

After the initial meeting, Angela stepped back and summarized what she learned in the form of a proposed charter. It started with the words, “My job as team leader is to ….” And it included a blend of what she heard and what she believed her role must be to help the team succeed.

Angela reviewed a draft with the team members, made a number of their suggested adjustments,and then brilliantly asked them to hold her accountable every day to the behaviors stated and implied in the charter.

This unexpected approach helped break the ice between Angela and the team members. The entire activity served as the seed starter for trust and indirectly. It challenged everyone to raise their games in pursuit of process improvements, decisions and overall project execution. Along the way, it opened the door to individual and team accountability, and it set the stage for honest discussions of the tough issues.

I checked: Role clarity, trust, accountability and frank communication are all critical ingredients for creating high performance. And yes, Angela and the team succeeded wildly in this situation.

Of leadership charters and signatures

The bottom line for now

We spend a great deal of time wondering how to lead effectively. Angela solved this problem with one question. While asking, “At the end of our time when we’re successful, what will you say I did?” is uncomfortable and humbling, it’s brilliant in its simplicity. Few other questions sow the seeds of trust, respect and accountability as powerfully as this one.

Art Petty is an executive and emerging leader coach and a popular leadership and management author, speaker and workshop presenter. His experience guiding multiple software firms to positions of market leadership comes through in his books, articles, and live and online programs. You can learn more about Art at www.artpetty.com.